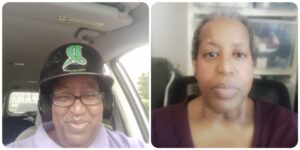 Just a little change. OK, so not the best picture. I’m not used to taking selfies and I don’t know that I want to get good at it. But here they are. The photo on the left was taken Sept 2021 and the one on the right Feb 2022. Probably about a 40lb difference. I don’t know.

I know there are people who write about their weight loss and they have a lot to say. Probably I do, too. But not just yet. I’m at a weird place. I’ve lost a lot but at the moment I am at a stall. With a stall, it can go up and down and generally mess with your head if you’re the head messing type. I’m not quite but there’s something going on up there. I’m perfectly willing to believe that my mood and the yo-yo for the past week is due to taking Provera. I have read it can have an effect on weight and hungar and mood. Also because I have significantly less weight than when I started it, the dosage could have more of an effect on me before. We will see shortly because I have two more days on this course and then the levelling should begin. The next update may tell us something. 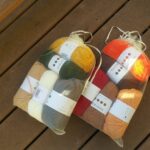 Back in the knitting world,  I take better photos of  yarn than I do of myself. This is Paintbox yarn and I guess I bought it two years ago. It seems longer. I know I got it when we were at the house and the picture is taken on the back porch. But it seems longer. This beautiful yarn is somewhere in new place. I just don’t know where.

I ran across the photo and wondered where it is. I am fairly certain it is not with the domestic yarn behind the closet doors. My guess it’s with the free range bunch in one of the gray bins. Not gonna look, though. I’m just curious. Though, now that I think on it. There is a project it would be great for.

Gonna have to give this some thought.