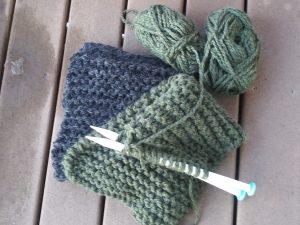 The Name Game in creating patterns can be a stressful thing. One never really knows what to call a pattern. Could I actually get away with hat pattern No. 43 as a name as opposed to this?

It became so bad I had to create a work around so I wouldn’t get stressed out. My solution: name patterns in alphabetical order. Boy, girl, gender neutral; didn’t matter. I picked the letter and started reading the meaning of the names and if one struck me with what I wanted that pattern to convey, then that was the name.

Even if I am using an established pattern, if it doesn’t have a name, I will rename it on my design board and give the item that name when I sell it. The original pattern is given full credit when I do write about it publicly. Ain’t stealing nobody’s work.